Fireworks and festivities always make ringing in the New Year a joyous occasion. Around the world the holiday is celebrated in the last few hours of December, but Clanton residents Jerry and Cindy Huang and other Chinese immigrants around the world will celebrate the New Year in February.

The origin of Chinese New Year began 1600- 1046 BC, during the Shang Dynasty and is marked each year with a rich wealth of ancient culture and traditions.

Known locally as “Jerry and Cindy,” they were born as Wen Chang and Zhanjiang. “Wen Chang” or Jerry was born on the rural southern island of Hainan, China. After he completed high school, he traveled to the city of Guangdong in order to study refinery and processing at the university.

“At that time, it was difficult to travel,” said Cindy. “If you were living in the countryside and wanted to travel to the city, you had to have so many food ration cards to show (officials).”

Ration cards were given to all Chinese citizens in order to purchase items needed such as rice or fabric to make clothing.

Jerry met Cindy while studying in Guangdong. They married in 1987 and had their son Yu in 1988.

In 1989, Jerry immigrated to the United States and enrolled at Auburn University. Cindy and Yu followed in 1991. In 1995, they purchased Ping’s Garden Restaurant and moved to Chilton County. Their daughter, Julie, was born in 1998. 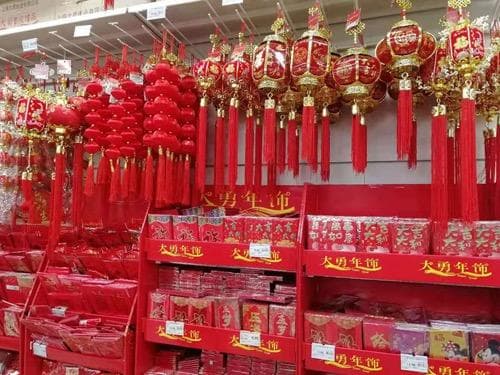 Each year, the Huang family celebrates Chinese New Year with annual traditions that everyone in the family loves. The celebration lasts a total of 16 days (from New Year’s Eve, Feb. 11 to the Lantern Festival, Feb. 26), with the Chinese New Year being the main day for celebrations. Each day is marked around a different focus with different superstitions. On New Year’s Eve, Chinese believe that you should not harbor or talk negatively because you do not want to take anything negative with you into the New Year. On New Year’s Day, there are fireworks and a delightful spread of traditional Chinese foods such as dumplings.

Superstition says that no life should be killed on New Year’s, so recipes that call for meat are prepared the day before. Other superstitions include no sweeping or cleaning, because good luck might be swept away.

Families also only visit the wife’s side of the family the day after the new year.

friends, fireworks and food,” said Jerry. “The next day is marked by visiting the wife’s side of the family and Feb. 14 is cleaning day.”

When visiting family, red money envelopes are given to children and the elderly as gifts.

“It is middle-aged people that are missing out on this game because they are supplying the gifts to everyone else,” said Jerry. “The red envelopes are the best gifts because everyone likes money, whereas sometimes on Christmas you might receive a gift you do not like.”

“Usually, grandparents give the red envelopes to their grandchildren and the parents of the children will give the grandparents an envelope,” said Cindy.

2021 is marked as the Year of the Ox. The ox, known agriculturally for their hard work ethic, being reliable and never seeking praise are often overlooked, but regain recognition from others through the fruits of their labor.

“Each year has a different animal sign that repeats itself every twelve years,” said Cindy. “People born under each sign are supposed to have characteristics of that animal. Some people even try to look for a spouse that is under an animal sign that works well with their own.

The end of the Chinese New Year is celebrated by the lantern festival in which people cast beautifully decorated lanterns into the night sky. Lanterns are almost always red to symbolize good fortune and can be an outward symbol of people letting go of their past self. Riddles are written on the side of each lantern for children to guess the answers.