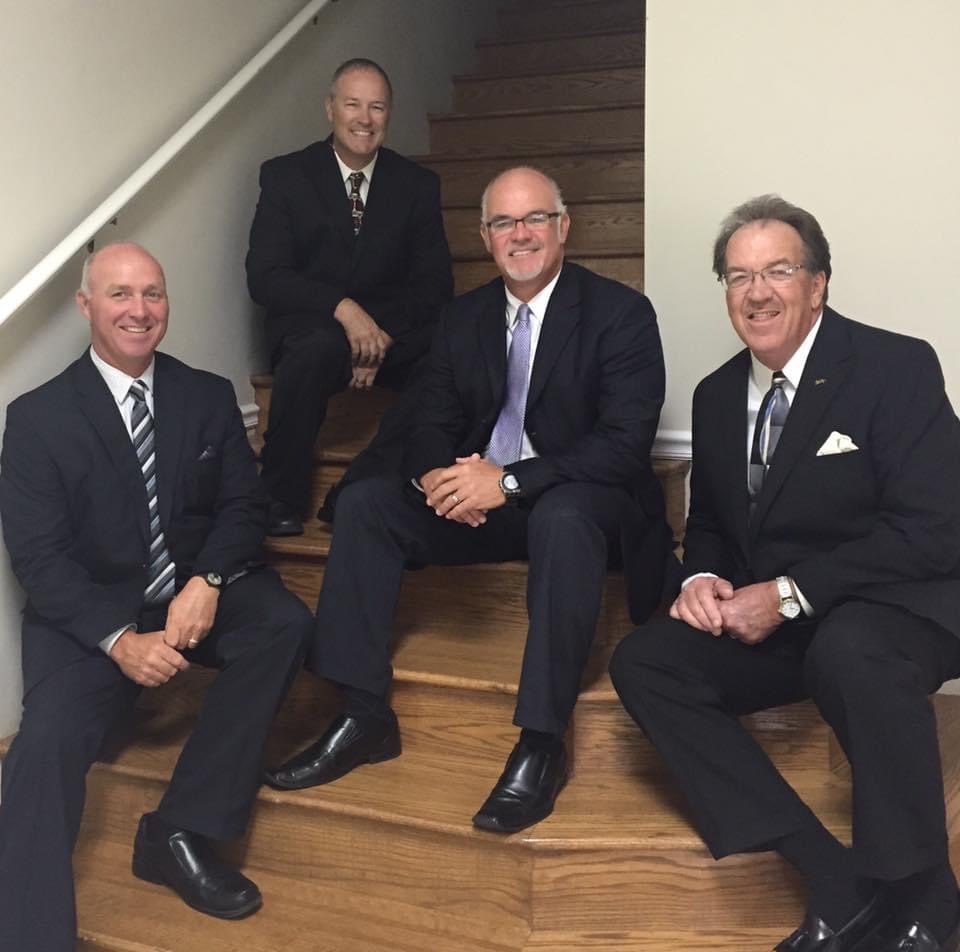 Most who attend a church in Chilton County are familiar with Holy Destiny —the Southern Gospel quartet that has traveled the South on and off since the late ’90s.

Although not always a quartet, the group has become a mainstay for not only church singings but also community events, gaining a significant following with their brand of sacred harmonies.

The group faced a major setback in August 2020, however, when bass singer Jeff Lanier

of Eclectic, Alabama became sick and was diagnosed with a cancerous brain tumor. Lanier,

who had performed with the group for more than four years, had to stop singing as his condition affected his ability to speak.

“He’s already taken 30 rounds of radiation and chemo. He’s in the process of going back for

another MRI,” said Stacey Adams, the group’s tenor and emcee, in early December. “He’s a great bass singer. We never had a bass singer until he came with us.”

Holy Destiny even did a benefit singing for their member and close friend, raising more than $7,000 for medical expenses, as Lanier is self-employed and unable to work.

“We still consider him our bass singer. Who knows what God has in store for that?” said Stacey.

Rewind back to the ’90s, when the Adams brothers attended Glad Tidings Church of God in Clanton. Stanley sang during church services and soon his brother followed suit. Stacey—the younger brother by about five years— started singing along with the car radio. As teenagers,

the boys looked up to Gospel groups The Kingsmen, Gold City Quartet, The Cathedrals

and local singers such as Gene Lowery, Gerald Adams, and Percy Scott & The Fishers of Men.

“It kind of started from there,” Stacey said. “Those groups right there really helped us get started. They were very helpful in putting our name out there to other churches.”

In the fall of 1997, Holy Destiny officially took off. Stacey said the group’s name came from a line in a song by Gold City Quartet.

“It was just really neat. We just all agreed on it,” he said.

As word of mouth spread, the group traveled the South, performing continuously except for about a year’s hiatus in the early 2000s. They performed mostly as a trio until Lanier joined in 2016.

Holy Destiny’s career has taken them to notable places— the group has opened for Gold City, Heaven Bound, The McKameys, The Inspirations and others. They sang at the Chilton County Sesquicentennial celebration in Clanton, and even got to perform on the steps of the Alabama Governor’s Mansion. But few would argue that for Southern Gospel groups, their heartbeat is found in the congregations of local churches.

“There’s probably not a church in Chilton County we haven’t been to. Churches have been very good to us,” said Stacey.

Holy Destiny is known for doing benefit singings for causes like Relay for Life, Lions Club and individuals in need. The style is mostly defined as “Southern Gospel,” but they do a few bluegrass numbers and will throw in some more modern tracks depending on the audience. Stacey has written some original songs, the most requested of which is “In the Palm of His Hand,” which he wrote in about 10 minutes inspired by a scripture passage in Hebrews 13:5.

“I was a teenager when I wrote that, and you know how your teenage years are, just going through times feeling like you don’t need anybody,” he said. “God just kind of got ahold of my heart.”

The group’s overall most requested song is “Midnight Cry.”

“It talks about the coming of Christ,” Stanley said. “People are looking for that hope, you know, in a world that’s hopeless. Our main goal is to share the Gospel through song. That’s our main objective when we go, to try to see somebody change and to see somebody uplifted that’s hurting, and there are a lot of people hurting.”

Holy Destiny’s first concert as a quartet was at New Covenant Baptist Church, where they sang to a packed house. Group members continue to perform and remain faithful that God still has much in store for them.

Anyone interested in keeping up with Holy Destiny may visit their Facebook page or listen for announcements on local Gospel station WKLF on 95.5 FM, 1000 AM.