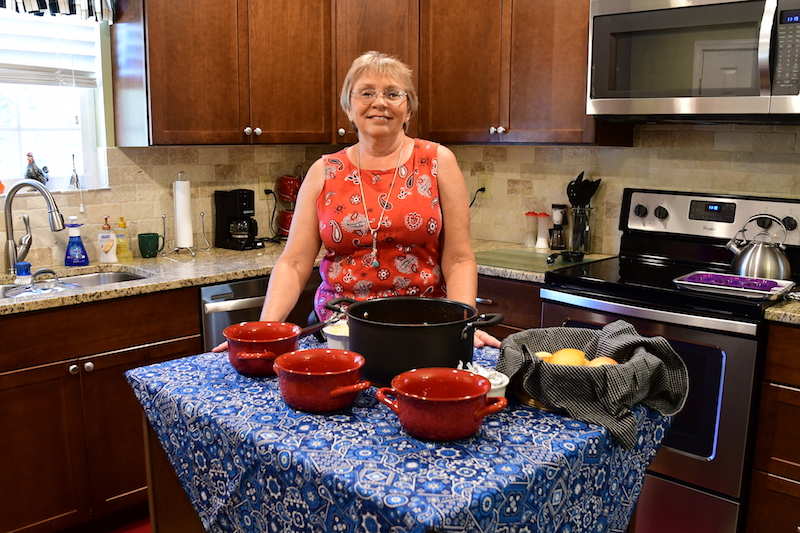 Photos Contributed and by JOYANNA LOVE

Whether as a meal or as part of a party spread, chili has long been a colder weather favorite.

Debbie Housner makes it about once a month throughout the colder months.

Her recipe was the crowd favorite and the first place winner in the 2018 Senior Connection Chili Cook Off.

Housner said this was her first year to be a part of the event.

“I never thought I would win it,” Housner said. “There were several folks that were there.”

She had decided to enter at the encouragement of her husband Forest and the Master Gardeners.

Her recipe was modified from one she found in “Healthy Recipes from State Farm Agents” while working for the insurance company.

The initial version called for turkey. Housner changed it to ground beef and added a frozen recipe starter mixture of chopped onions, celery, parsley and peppers.

“I brown my meat with that recipe starter,” Housner said. “… then I add beef consomme, tomato soup, kidney beans and two cans of the Hunt’s diced tomatoes.” 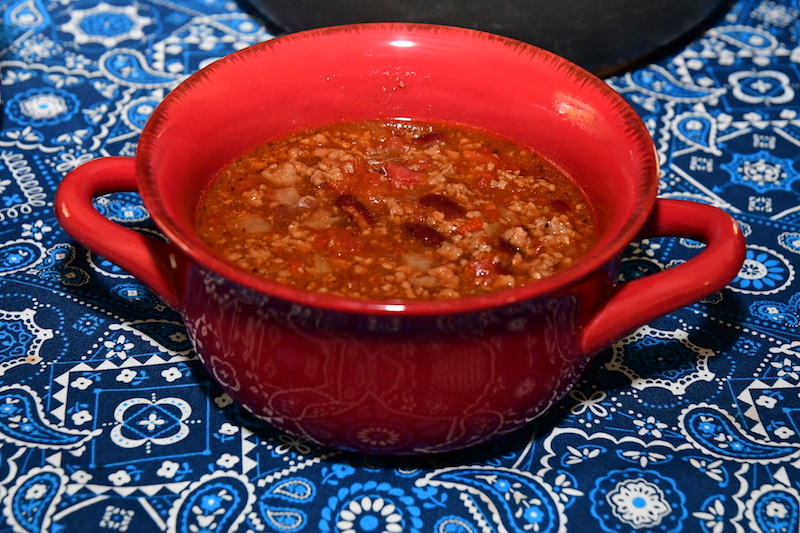 “I like this recipe because it is simple,” Housner said. “I love meaty, juicy chili, and that’s what it is.”

She said the recipe can really be changed to fit what a cook has on hand.

The basic recipe is not too spicy.

“It just has a nice warm feeling,” Housner said. “It feels like home.”

Before serving the chili, the bay leaf should be removed.

Housner said the chili also freezes really well, so it can be made in large batches and saved for later.

She serves her chili with cornbread on the side and topped with a four Mexican cheese blend and sour cream.

Sometimes she also has Hershey Kisses on hand.

“I did serve this chili at the cook off with a Kiss,” Housner said “Everybody wanted to know what my secret ingredient is — it’s love. If you don’t love the person you are serving it for, it’s not going to taste good. Anybody can make this recipe, but in order to make it taste good, you have to love what you’re doing.”

Originally from Michigan, Housner was influenced in her love of cooking by her mom, who often had people over for a meal.

She moved to Alabama with her husband after their first grandchild was born in 2010.

At the cook off, the event attendees traded in the provided sample size serving dishes for coffee cups to enjoy more of it.

“I had repeats that just kept coming back,” Housner said. “I made it in my big seven-quart Crock-pot. I doubled the recipe, and it was gone.”

The Senior Connection Chili Cook Off and Health Fair is held each year in February.