When Sarah Jackson isn’t capturing life through her camera lens – and her Nikon D60 goes with her practically everywhere – she is simply capturing life.

Jackson, a wife and mother of three, is not afraid to try her hand at new jobs, new hobbies and new endeavors if it means channeling her creativity into something she loves.

In recent years, her work in photography, writing and design have brought her awards, attention and an all-consuming motivation to continue to nurture and share her God-given gifts.

Nearly three years ago, Jackson created a profile called “Sarahredhead” on HubPages.com, a prominent website where writers can publish articles, blogs and more.

For her, HubPages is “an awesome outlet,” a place where she shares nuggets of wisdom and humor, as well as her photography, in blog posts, or “hubs.”

Her hub titled “PHOTOGRAPHY: A Living Palette” won her the grand prize in the international “HubPatrons of the Arts” contest for National Novel Writers Month. The contest, sponsored by HubPages, was divided into different categories in the arts.

Jackson’s submission – an article on photography that included 21 of her photographs – beat more than 1,700 entrants in that category. 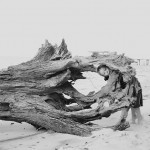 “I was very shocked,” she said. “I saw the competition, and there was some really intense talent on HubPages for anybody who’s familiar with that website.”

Jackson’s prize included $500, an announcement in The Wall Street Journal and an interview published in the HubPages monthly newsletter.

Jackson happily shares her work with her family, friends and Internet “followers,” but humbleness keeps her too quiet to shout her achievements from the rooftops.

“My husband is extremely excited; of course, he’s my biggest cheerleader,” Jackson said. “He’s very supportive, and I really don’t talk about it a lot.” 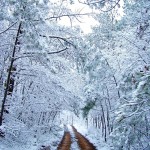 Her HubPages award may have slipped through the cracks if not for her good friend and fellow artist Allen Turcotte, for whom Jackson said she harbors much respect and admiration.

“Her design was so impressive the GBHS would like to have prints made and then auction off the art,” Turcotte said. “Sarah is not a full-time artist or photographer. She’s a full-time mom and works part-time at Little Angels Grooming Salon. To do such a great job for the GBHS and do everything else in her life is great.” 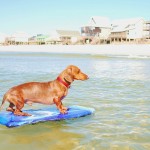 In addition, one of Jackson’s photos secured a spot in the top 20 of more than 10,000 entries in the Sony Corporation’s photography contest last year.

“I didn’t win the top three, but that was fine because I made the honorable mention,” she said. “To me, that was a huge deal.”

Jackson attended the University of Montevallo, where she was a theater major. She has worked as a children’s theater instructor, barista at a coffee shop, wedding planner, professional mural artist, horse groomer, waitress and bookstore clerk.

“My friends always joke – they’ll see me, and they’ll go, ‘So, what are you doing now?’” Jackson said. “Right now, I’m in the foxhole of motherhood. We’re a little chaotic.”

Jackson grew up on a 200-acre farm and said people were non-existent in her early photographs; instead, her primary subjects were trees, animals and architecture, painted barns and old farmhouses.

“I didn’t have people in any of my early photographs,” she said. Jackson seems to have made up for lost time.

People permeate the photographs in her “Living Palette” hub, from her daughter rescuing a fish, to her son exploring a giant piece of driftwood on a beach, to her goddaughter holding a live rooster.

It’s difficult not to see a trend in Jackson’s photographs and blog posts. The majority of her visual and verbal handiwork is poignant proof that family takes precedence over everything else in her life.

Not surprisingly, when Jackson and her kids realized they could participate in the Vidalia Onion Jingle Contest two summers ago, she snatched up the opportunity as if it were a winning lottery ticket.

Although they came away without the prize, Jackson said they don’t regret entering the contest and would do it again in a heartbeat.

“The kids loved it,” she said. “It’s not every day you get to do a commercial.”

For about three years, Jackson has contributed to an online artistic forum called DeviantArt and established her portfolio on the website she referred to as “a community that was all-encompassing.”

“I started writing articles about the art world for them, because that’s another lifelong thing that I’ve been involved in for years and years,” she said. “There are so many really great websites out there for the art world – for photographers and artists and all. I’ve tried probably a dozen of them over the past 15 years, but DeviantArt is my favorite.

“There’s a lot of heaven on DeviantArt.”

Jackson said she has been writing ever since grade school. She has kept a journal since first grade, and she served on her high school’s yearbook staff.

But Jackson didn’t hold her first camera until she was about 10 years old, when her father taught her how to use a Minolta he had brought home from Vietnam before she was born.

“He taught me how to use it. I fell in love with it and adopted it,” she said. “My parents let me take it on trips or do what I wanted, and that’s when the addiction started.”

With momentum from her HubPages honor, Jackson entered the Smithsonian Ninth Annual Photography Competition. The winners will be announced this month, and Jackson said she can’t wait to find out how she did.

“This year for some reason, I’ve been entering a lot of contests,” she said. “My pipe dream would be to be recognized by National Geographic. I don’t know where it will go, but I’m going to keep taking pictures.”

Another brushstroke on Jackson’s canvas has been ghost writing a book with her goddaughter, Rosemary, 21.

“Rosemary has Asperger autism, so she and I had the idea to write a book that is a combination of a biography about autism and her experiences,” she said. “Also, it provides a lot of information about how to live with that, how to function.”

Jackson said she and Rosemary have sent out query letters and received interest from an agent.

“We’re learning as we go; the whole process,” she said.

Together, she and Rosemary have completed nine chapters so far.

“I’m full of continuous inspiration, and it has to come out somehow,” Jackson said. “Art, photography and writing are three of the most therapeutic things, I think, across the board.

“I’ve heard a lot of other people say the same thing,” she said. “If they’re involved in any one of those, that’s how they cope. That’s their therapy.”

Jackson’s artistic wellspring flows into her daily life, and she allows it to take her to great, often unexpected, places.

“I’m a huge advocate of going around and asking people what their gift is or what their talent is, because I believe that everybody has one,” she said. “I am well aware that whatever their gift is, they’re capable of inspiring somebody else or making a change.”

The SafeHouse organization in Birmingham approached Jackson in January about helping with its photographic campaign for abused and battered women. True to form, she didn’t hesitate before saying yes.

“This subject is very dear to my heart because I grew up in a violent household,” Jackson said. “My mom lived in those Birmingham shelters for three years. I hope I can use my talent to make a difference.

“I feel like an important door has opened,” she said. “Everything happens for a reason, and things are on the right path.”