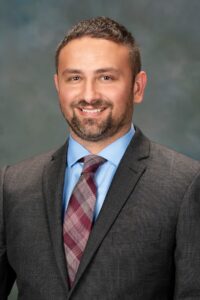 I was proud to launch Peach Living during my time as managing editor of The Clanton Advertiser. I think it allows for a special kind of storytelling that can be hard to do during the everyday task of putting together a daily newspaper. I’m even more proud to see the magazine has proven to have staying power and will turn10 years old this year.

We were still trying to figure out exactly what we wanted the magazine to be while I was at The Clanton Advertiser. But I worked on an environmental series every issue that I especially enjoyed. I remember stories about efforts to save the red-cockaded woodpecker on Lake Mitchell, recreation opportunities at Minooka Lake, another about pitcher plants on bogs in the south part of the

county. Those stories allowed me to get out of the office, enjoy the natural beauty of Chilton County and learn something along the way.

I enjoyed working with our team then to give readers a more in-depth look into the lives and experiences of their fellow Chilton Countians. The magazine gave us space to share different types of features, from stories to recipes to event snapshots. My hope was always that the people we featured would enjoy having a place in the pages of Peach Living as much as we enjoyed highlighting them.

I couldn’t pick just one favorite!

Among the first few stories I wrote for Peach Living was one about a photographer named Sarah Jackson.

Sarah had won an award for her photography in an international contest, which was impressive enough, but what I remember about her more when I reread her story is her warmth and compassion. She used her artistic gifts to help others, both personally and through nonprofit organizations, and she encouraged people to value their own gifts.

Another story I was privileged to tell was about a couple, Tommy and Rita Little, who survived an EF-2 tornado that destroyed their Maplesville home in January 2012. Many people can relate to their feelings of loss, but their spirit of resiliency is inspiring. I also remember sitting with E.L. “Buddy” Lawley in the shade of his fruit stand one hot August morning, talking to him about his many years as a peach grower in Chilton County. It was one of many interviews that reminded me we can learn much from listening to what the members of our older generation have to say.

Where are you working now?

I am a staff writer at the Shelby County Reporter. 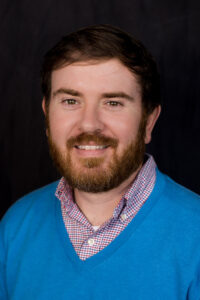 I was on staff when the magazine began and later worked as editor. It was exciting to start a new product that I was sure Chilton County residents would enjoy. The magazine gave us the opportunity to tell interesting stories about Chilton County in a different way. With more space and time, we could get to know the people we featured and then share their stories with readers.

My favorite story was about the unique tradition of hot hamburgers in Chilton County. I had heard of the dish before but learned about its deep ties to the area, different variations served at different eateries in the county — and even tried one for the first time. They’re delicious!

Where are you working now?

I am a digital media specialist at Jefferson State Community College.